How I got started in trading

It all began with a newspaper...

When I was 8 years old, my father and I lived in a small apartment in Anchorage, Alaska. I had recently signed up with the Anchorage Times (an evening newspaper which no longer exists today) to deliver newspapers to my and a few surrounding neighborhoods.

It was exhilarating to be able to do something other than chores, and earn a lot more money than I was making ($2 / week allowance).

It was intimidating at first. My route started on a Sunday and the thumping sound of papers being dropped off at my front door at 5am in the morning startled me out of bed. It was time! My first delivery.

I stood in awe and fright as the massive stack of 80 plus 400-page papers were stacked as tall as I was! It was overwhelming thinking of how many trips it would take and how few I could possibly carry in my company-assigned newspaper carrier bag. But I set off, one by one, and a few hours later as the sun began to rise, finished my first delivery.

As time went on, I got stronger and could carry more papers. The end of the month collection was my favorite, because I got to collect the fees of customers, pay the newspaper company and keep the difference in cost and tips all for myself! I ended up being a paperboy until I was 14 years old.

My relationship with the newspaper became a key part of my life, and thanks to my father, it became a cornerstone of my trading career.

My father was a carpenter who worked on big construction projects in Anchorage and some of the far away towns in Alaska. He worked hard, working in the rain or snow, it didn't matter, he worked.

When I turned 8, I remember wanting Transformers, but instead my dad bought me 10 shares of Williams Electronics stock. Williams Electronics made Arcade games, like Joust, Moon Patrol and Robotron which were the same games I used to play in the local arcade and pizza parlor.

My father said "Working for your money is hard work, you need to learn how to make your money work for you."

When we would go for pizza, I would make sure I'd spent double my quarters on the Williams Electronics games to help out the price of our stock.

Soon, checking the stock price became a Sunday tradition with my father and I. I'd bring home an extra copy of the Sunday edition of the Anchorage Times, pull out the business section and find what the trading price was of my stock.

It was a great bonding experience! My father and I would then create large, hand-drawn stock charts on old white shower curtains that we could roll out like large scrolls. This way we could visualize week by week the changes in direction of our stock.

At a very early age, I learned the power of making your money work for you.
My father has since passed away years ago, but led by example, encouraged me to educate myself on whatever it took to better myself so I could achieve more than he did.

He is the reason I got into trading. After he passed,  I started Sunday Paper Trading in his memory, so I could train others to build the skills they need to make their money work for them as he taught me. 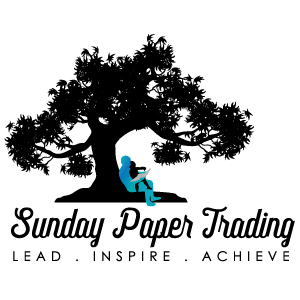 - In loving Memory of David Baker, a father to be proud of 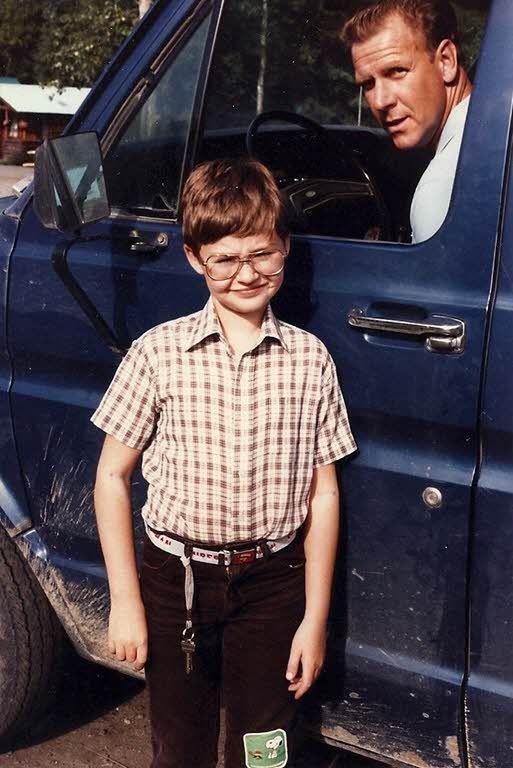 - My father and I

You recognize and agree that we have made no implications, warranties, promises, suggestions, projections, representations or guarantees whatsoever to you about future prospects or earnings, or that you will earn any money, with respect to your purchase of SUNDAY PAPER TRADING products and/or services, and that we have not authorized any such projection, promise, or representation by others.

Select a course first to display its contents.

No available contents for

There are no free, paid or coming soon courses in your school yet.
Why don't you create one?

The school owner is working hard preparing the courses for you.

Oops, you haven't created any courses yet.

Wouldn't it be a good idea to create a course?

No blog posts found in your blog. Why don't you create one?